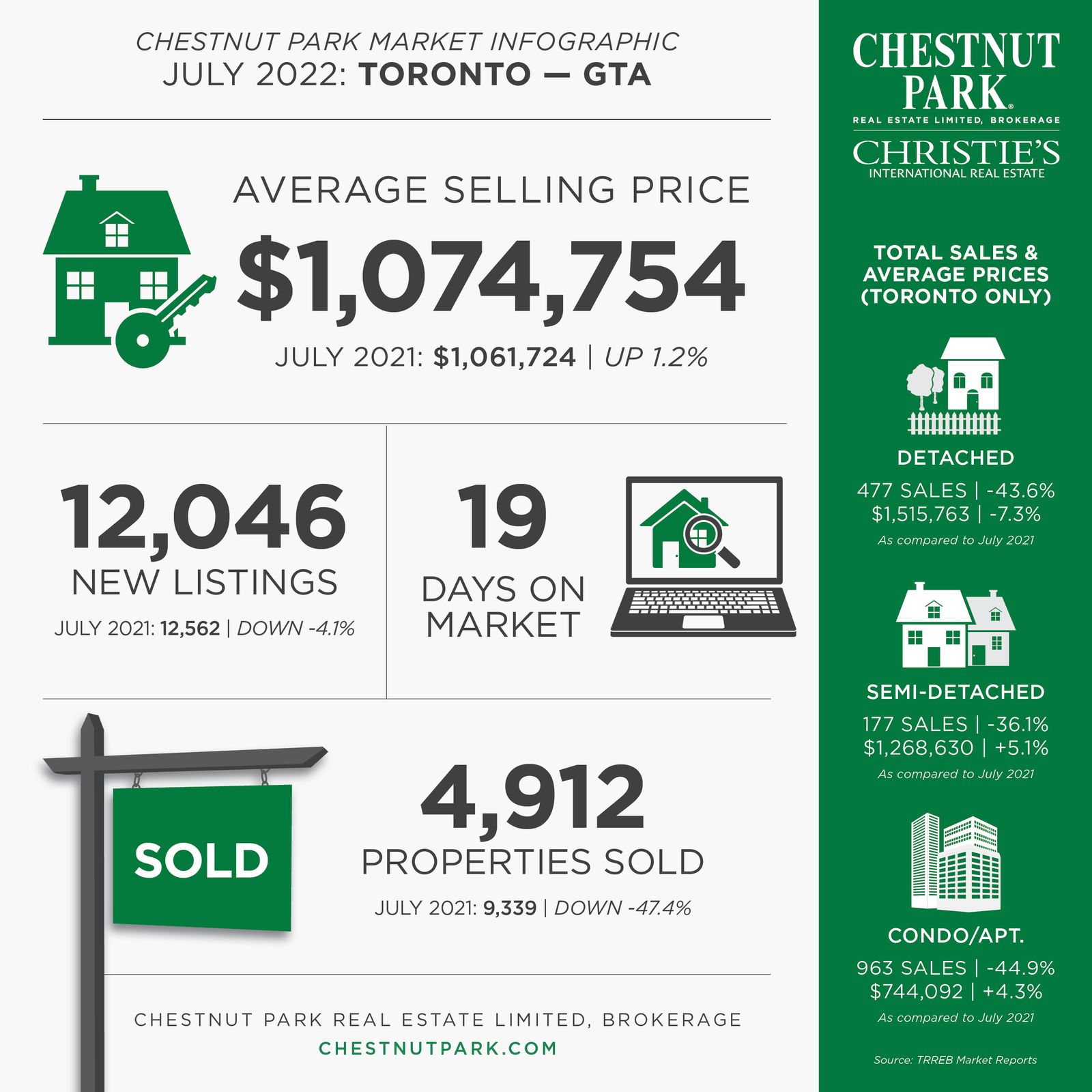 There is no mystery as to why the market has changed so dramatically in such a very short time period. The housing market, not only in Toronto and surrounding areas, but universally in North America, was supercharged by pandemic forces (the need for space and safety and the ability to work remotely) and historically cheap money. Money is no longer cheap and with society returning to a form of normalcy, the housing landscape is, compared to February and March and all of 2021, unrecognizable. The Bank of Canada’s benchmark rate is currently 2.5 percent. In March it was only 0.25 percent. In only four months it has increased by 900 percent! Mortgage interest, rates have correspondingly also increased (although not as dramatically) from approximately 2 percent in March to close to 6 percent today. With the inflation rate in Canada at about 8 percent, it is anticipated that when the Bank of Canada meets in September, another rate hike is expected.

Contrary to the commonly accepted view, the declining average sale prices that the market is experiencing are not making housing in the greater Toronto area any more affordable. In fact, rising financing costs are making buying a home in Toronto less affordable. A recent Ratehub study has indicated that with the stress tests and the higher borrowing costs, a buyer in Canada needs $18,000.00 more in household income per year to buy the average priced house than they would have required in February when the average sale price was $1,334,000. That number is even higher in cities like Toronto and Vancouver.

Looking forward we should anticipate that this cycle of declines in sales and average sale prices to continue, however not as dramatically as the declines we have experienced since February and March. Until inflation stabilizes and the Bank of Canada stops increasing its benchmark rate the prevailing housing landscape will remain unchanged.