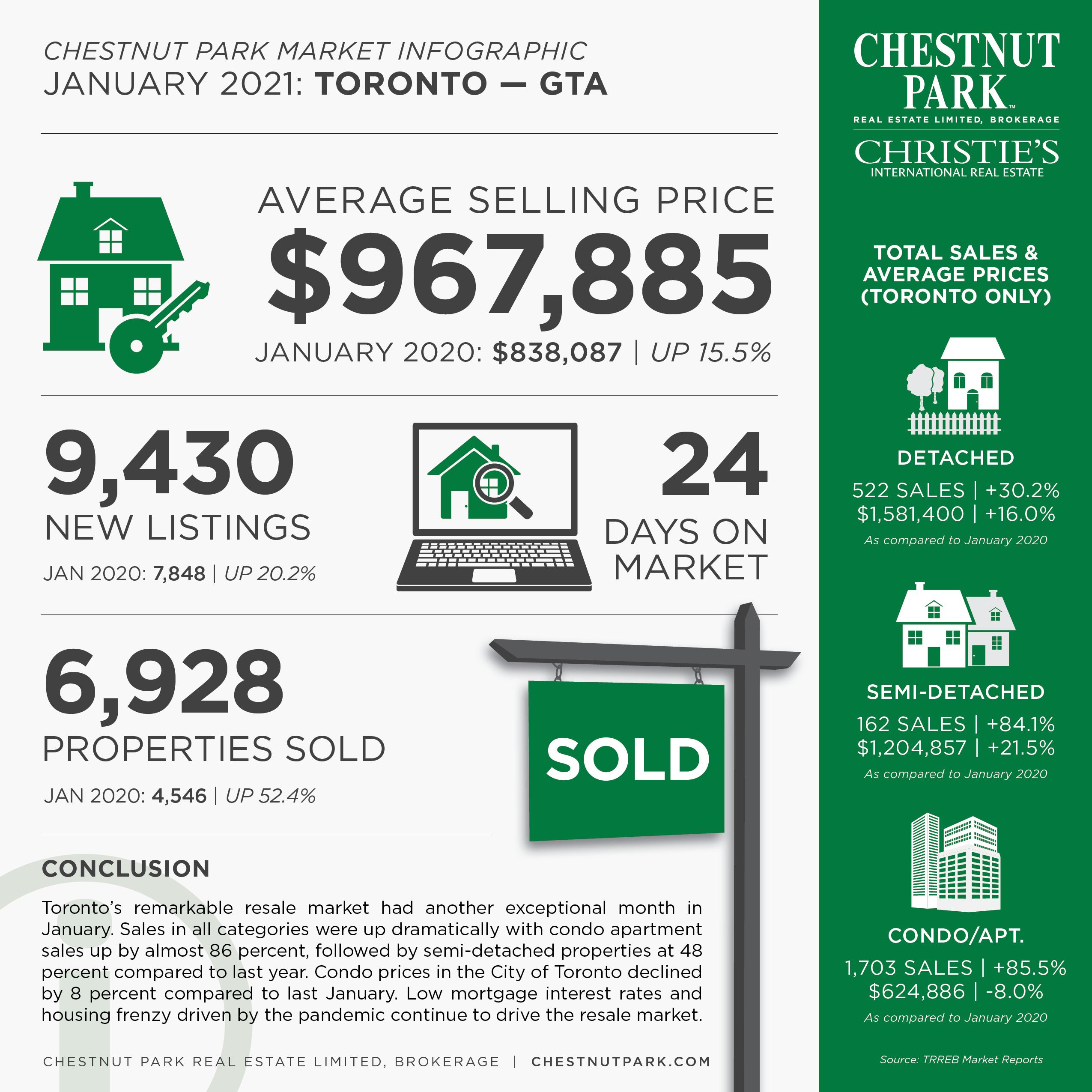 Once again, the Toronto and area resale market delivered eye-popping results. As compared to last January sales were up by over 52 percent and the average sale price increased by almost 16 percent. In absolute numbers January produced an unprecedented 6,928 sales – there were only 4,546 last year – and the average sale price came in at $967,885 for all properties sold throughout the greater Toronto area. It was only $838,000 last year.

The other market story is Toronto’s suburbs, the 905 region. Not only are more sales taking place in the region, but at rapidly rising prices. In January the average sale price in the 905 region was more than 10 percent higher than the average sale price in the City of Toronto ($866,331). Halton (Burlington, Halton Hills, Milton, and Oakville) and York Region (Aurora, East Gwillimbury, Georgina, King, Markham, Newmarket, Richmond Hill, Vaughan, and Whitchurch-Stouffville) both produced average sale prices for all properties reported sold of more than $1,160,000.

Aside from the issue of sustainability, the perennial concern, as we move into February, inventory levels remain a problem. At the end of January, there were only 7,396 properties available to buyers, almost 5 percent fewer than last year. The bulk of those listings (44 percent) are condominium apartments. There simply aren’t enough ground level, freehold properties to meet demand. It is the rarest of occurrences when new listing offerings aren’t greeted by multiple offers – many multiple offers.

Looking forward, February will be an even stronger month than January. Early February data indicates that the resale market will exceed last February’s results by at least 50 percent and that the average sale price, both in the City of Toronto and the surrounding 905 region, is on an upward trajectory. Cheap money – five year mortgage interest rates at less than 2 percent – government stimulus, and the consumers’ frantic psychological need to acquire real estate, preferable low rise, with outdoor space, will continue to drive this frenzied market for the foreseeable future.