Posted on September 9, 2021 by Eugene Palermo 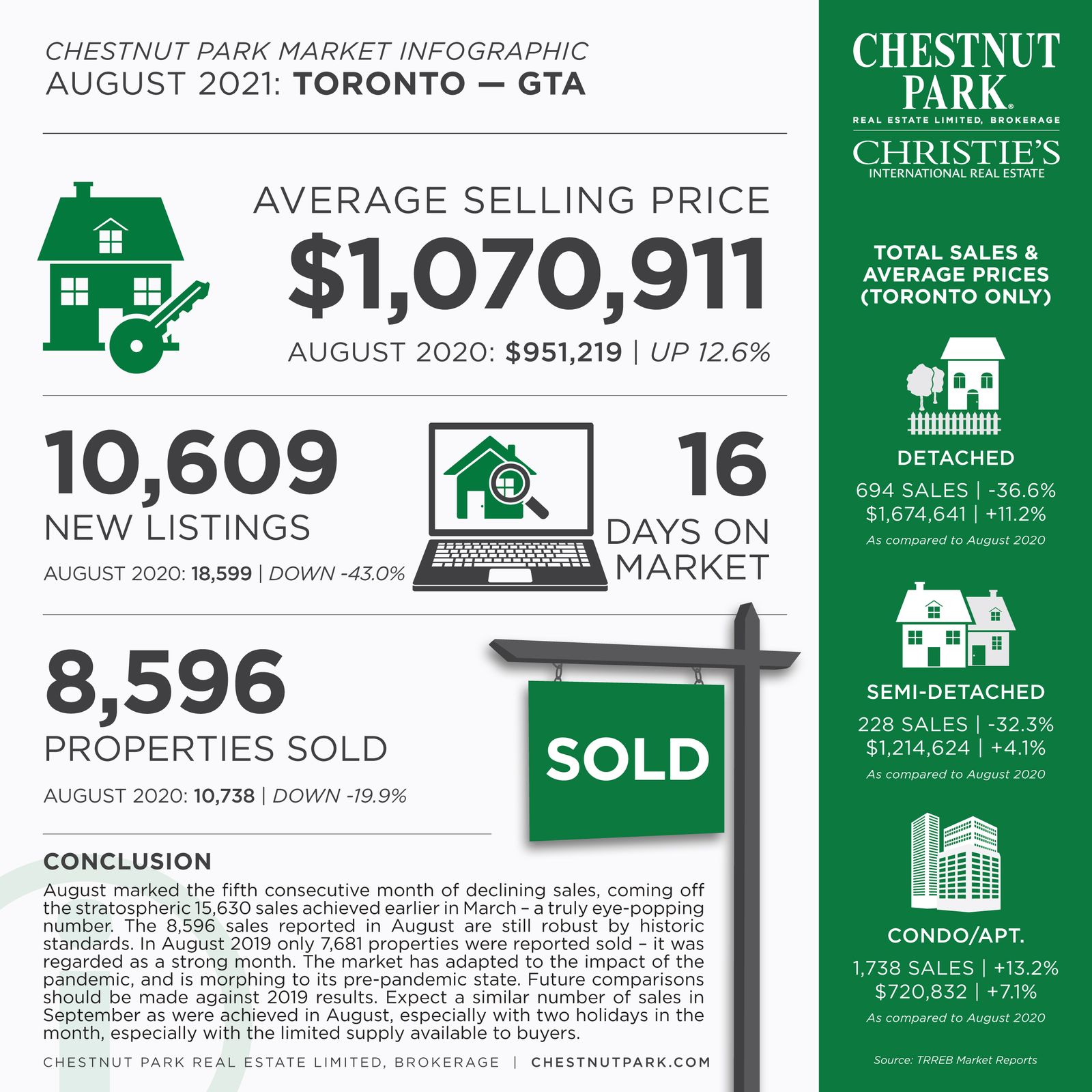 A number of themes became clear in August, themes that will drive and impact the Toronto and area residential resale market for the remainder of this year and no doubt into 2022.

The first and most important is supply. In August only 10,609 new properties came to market. This contrasts sharply with the 18,599 that came to market in 2020. What is even more shocking is that at the end of August there were only 8,201 properties available to buyers, a 51 percent decline from the same period last year when buyers could choose from 16,662 properties. Available properties were reduced to their lowest level in over a decade. A chronic problem has now become critical.

These numbers make it clear that during the current election campaign, the only housing item on all parties platforms should be supply! Platforms that speak to making purchasing properties easier – ie. longer amortization periods, government assisted loans, reducing mortgage insurance premiums, tax free home buying savings accounts – are misleading at best and reckless at worst. They are blatant, unhelpful, self- serving promises that hope to pave the way to being elected. Supply and ways to achieve it should be the only words uttered by politicians at this time.

The explanation is three fold. Firstly there is less supply in the City of Toronto, except for condominium apartments, house prices are still pricier in the City of Toronto, and the pandemic, which has intensified the need for space and safety, coupled with the ability to work remotely, has driven buyers to the suburbs and secondary markets.

The last theme that is emerging is the resurgence in condominium apartment sales. During the early months of the pandemic condominium apartment sales and prices collapsed. The density of condominium living and fear of the Covid-19 virus drove consumers to ground level properties, especially in the suburbs and secondary markets. Not only were properties less expensive in the 905, and in secondary markets, those prices got consumers more space and the psychological benefit of safety.

These themes – supply, disparity between the 905 and City of Toronto marketplaces, the stabilization of average sales prices, particularly in the City of Toronto, and the resurgence of the condominium apartment market – will play out in September, similarly to how they did in August. The result will be sales results and average sale prices similar to what were achieved in August.